The Informal Sector Enterprise Surveys are produced by the Enterprise Analysis Unit to measure the characteristics and activities of unregistered businesses. These informal businesses are found almost everywhere, yet they are often missing from official records, listings of active businesses, and business-level surveys. The Informal Sector Enterprise ­­Surveys fill this data gap by following a rigorous survey methodology, implemented in ways that fit the unique characteristics of the sector. The surveys use tailored questionnaires and a sampling strategy which is geographically based and which discovers these businesses while also generating representative samples – Adaptive Cluster Sampling. This page provides additional information on the findings, methodology, and coverage of these surveys.

The indicators presented here provide a snapshot of the informal sector based on these surveys. All survey datasets are available from the data portal.

The WBES team has recently (as of June 8, 2022) recomputed sampling weights for the Informal Sector Enterprise Surveys, in particular, the recent surveys for cities in India, Iraq, Lao PDR, Mozambique, Somalia, and Zambia. The main revisions involve recalculation for (i) blocks enumerated through strata-crossing (i.e., where enumeration from a given strata expanded into block(s) of a different stratum), and (ii) edge units.

The Informal Sector Enterprise Surveys use a two-stage sampling process. The first stage uses a methodology called Adaptive Cluster Sampling (ACS). ACS requires a well-defined geographical area, which for these surveys is typically an urban center. A grid of evenly sized squares, called Block Areas or BAs, is then overlaid on a map of this delineated area. An initial sample of BAs is selected at random (often within strata) without replacement. Within an enumerated BA, some basic information is listed on all encountered informal businesses, including through observation for those that refuse the exercise or those that are unavailable at the time of fieldwork. ACS is ‘adaptive’ in the sense that, using a pre-defined threshold number of informal businesses, all neighboring BAs of a BA that meets the threshold are subsequently sampled until there are no BAs that meet this expansion requirement. This process allows for first-stage weights to be calculated, allowing the Informal Sector Enterprise Surveys to be geographically representative of the urban areas where it is implemented. Full details of the methodology are provided in Aga et. al (2022).

The second stage of Informal Sector Enterprise Surveys involves the random selection of informal businesses within a BA to participate in an interview that lasts approximately 20–25 minutes. This interview consists of a standardized and tested questionnaire, properly designed for the circumstances of interviewing informal businesses. Aberra et al. (2022) provide further information on how these interviews are conducted. The selection for these longer interviews is done in real time and the fieldwork team does not have discretion on how businesses are selected. As a result, a second-stage weight can be applied; Aga et. al (2022) provide some additional information on the selection process for the interviews, including adjustments to these weights based on assumptions about refusals and unavailable businesses.

In general, the topics in the questionnaire include:

Note that prior to 2015, the first stage sampling was done through a convenience sample approach, where a block is chosen randomly in a neighborhood of interest; enumerators then followed a path according to a predetermined set of instructions, enumerating every informal business encountered. Unlike the currently used two-stage sampling process, a convenience sample approach does not necessarily render a representative sample of informal businesses. 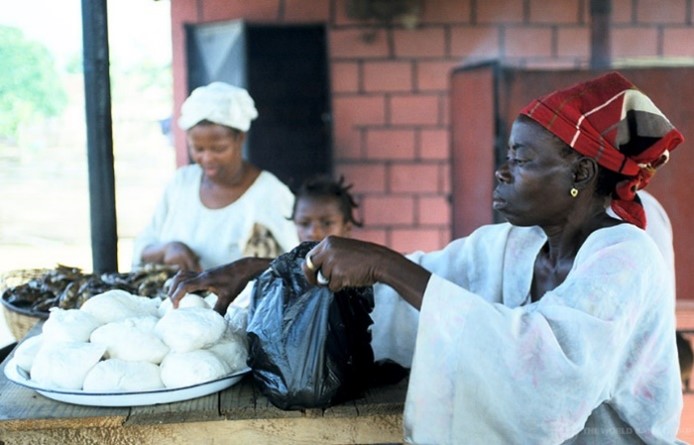 Please find how properly cite or refer to the data here

View statistics on the number of firms surveyed by company size, ownership characteristic and line of business. Download file.